Two women have sued a Colorado hospital after an ICU nurse allegedly filmed himself sexually assaulting them while they were unconscious or incapacitated.

A mountain of evidence has been uncovered in the criminal investigation into nurse Christopher Lambros, 61, who has been arrested and charged with sexual assault, according to the attorneys who filed the class action lawsuit.

The attorneys from Denver civil rights law firm Rathod Mohamedbhai LLC said four terabytes of data has allegedly been found in connection to the alleged assaults.

According to his arrest affidavit, on a day in June when Lambros made five videos of himself abusing a patient, he whispered to the camera saying ‘don’t ever get rid of these videos’ and ‘you need to keep them forever… this is your Dexter collection.’ 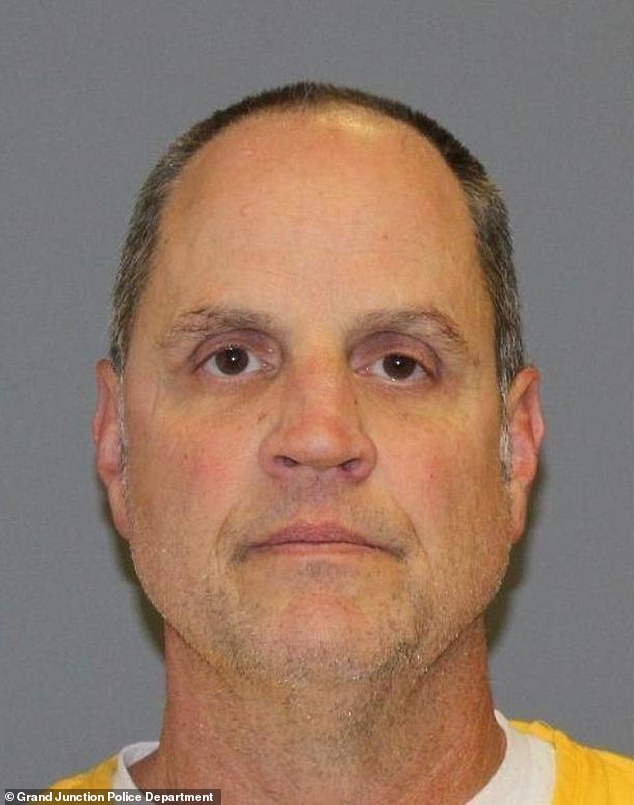 A mountain of evidence has been uncovered in the criminal investigation into nurse Christopher Lambros (pictured), 61, who has been arrested and charged with sexual assault, according to the attorneys who filed the class action lawsuit

The lawsuit claims he was referencing the television show ‘Dexter,’ in which the main character is a serial killer, and says the comment shows he maintained a collection of photos or videos of his victims.

‘Four terabytes of data amounts to approximately 700,000 cellphone photos or 65,000 hours of cellphone videos,’ the law firm said in a press release. The firm said it believes there could be a decades-worth of potential victims.

Two women have come forward saying they were sexually assaulted by Lambros while they were unconscious in intensive care.

They filed a lawsuit on Tuesday against the Colorado hospital where they were being treated, alleging the hospital’s management didn’t do enough to prevent the abuse.

The lawsuit – which is proposed as a class action suit – alleges St. Mary’s Hospital in Grand Junction and SCL Health and Intermountain Healthcare, the companies that ran the hospital, knew or should have known about the actions of Lambros, who has been arrested and charged with sexual assault.

According to court documents, prosecutors have identified three people who they believe were assaulted by Lambros and think a fourth person who has not been identified yet was assaulted in 2016.

Lambros began working at St. Mary’s in 2012, according to the lawsuit. Lambros’ lawyer, Scott Burrill, did not return a call or email seeking comment from the Associated Press. He is currently in Mesa County Jail on a $1 million bond.

A sprawling investigation is being conducted by the Grand Junction Police Department, the 21st Judicial District Attorney’s office and the U.S. Secret Service.

Pictured: Two women who say a nurse sexually assaulted them while they were unconscious in intensive care stand outside the offices of their attorneys in Denver, Tuesday, December 20 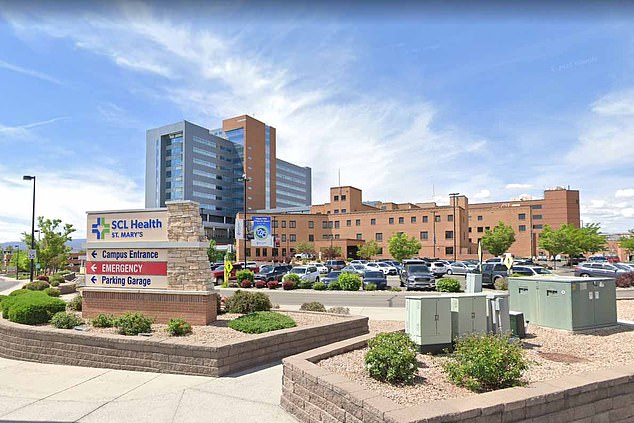 The lawsuit – which is proposed as a class action suit – alleges St. Mary’s Hospital in Grand Junction (pictured, file photo) and SCL Health and Intermountain Healthcare, the companies that ran the hospital, knew or should have known about the actions of Lambros, who has been arrested and charged with sexual assault

In a statement, St. Mary’s said it is fully cooperating in the investigation into Lambros but declined comment on the lawsuit. ‘We cannot offer further details about this matter out of respect for patient privacy,’ it said.

Siddhartha Rathod, one of the lawyers for the women who filed the lawsuit, said they are the same women Lambros is charged with assaulting. He said the third victim who has been identified has since died.

As part of the criminal case, prosecutors have told his clients that investigators recovered four terabytes of data as evidence and are still investigating how many people were assaulted, Rathod said. He said part of the reason the suit is being filed is to encourage any other potential victims to come forward.

‘This is about public safety and about hospitals ensuring that their patients are not only safe but treated with dignity and respect,’ he said.

In statement, District Attorney Dan Rubenstein declined to comment on the evidence and what it may reveal.

He noted that both the women’s lawyers and hospital representatives have been communicating with prosecutors as they try to navigate the ‘complicated situation’ of protecting patient privacy laws and getting information needed to prosecute the criminal case.

‘We cannot comment on what evidence we have, and also cannot speculate on what we may find,’ he said.

One of the women in the lawsuit – J.V. said she was sexually abused as a child and that she is angry, anxious and depressed after being victimized again.

Two women who say a nurse sexually assaulted them while they were unconscious in intensive care are shown inside the offices of their attorneys, Tuesday, Dec. 20, 2022, in Denver

She said she has not received even an apology from the hospital but she’s still charged $905 each month from her bank account under a payment plan to pay the bill for her hospital stay. She also gets regular email and a text reminders of the debit. ‘It’s a slap in the face,’ she said.

M.C. was Lambros’ last alleged victim before he was arrested.

According to the lawsuit, the nurse entered M.C.’s hospital room – room 324 – on July 9, 2022. She was sedated and on a ventilator after having difficulty breathing.

He deepened her sedation with drugs, and then sexually assaulted her while she was unconscious, the criminal complaint says, and he also took photos on his cell phone and took photos and videos of himself on top of her breasts and genitalia.

Another employee walked into the room and saw that M.C. was exposed on the bed, and reported Lambros to law enforcement, the suit says.

Three days later, employees at SCL Health and Intermountain told M.C.’s husband that she had been a victim of sexual assault while in the hospital.

He said as his wife was preparing to undergo a lung biopsy, he did not want to worry her further by telling her before the procedure. But when M.C. got home, he told her of the assault.

‘I thought he was joking,’ she told Colorado Public Radio. ‘And then he showed me the police report and I lost it. They put this monster in the hospital and there’s, you know, I’m not the only one. There are other people out there. It’s been going on way too long and it’s sickening. It’s sickening that a nurse can do this to somebody.’

To view this article in it’s entirety, visit www.dailymail.co.uk.