A grand jury has indicted Denver Police Officer Brandon Ramos on ten criminal charges connected to the wounding of six innocent bystanders during a shooting incident in the Ballpark neighborhood, at the edge of LoDo, on July 17, 2022.

The indictment in the case, shared by the Denver District Attorney’s Office, reveals that the jury determined that shots fired by officers Kenneth Rowland and Meghan Lieberson were legal. But jurors concluded that when Ramos pulled his trigger, he did so in a manner that was “reckless, unreasonable and unnecessary for the purpose of protecting himself or other officers and he consciously disregarded an unjustifiable risk of injury to the crowd” near Jordan Waddy, the suspect in a fight outside the Larimer Beer Hall, located at 2012 Larimer Street. Waddy has been charged separately with three counts of possession of a firearm by a previous offender and one third-degree assault count.

The names of the victims don’t appear in the document. However, three of them — Bailey Alexander, Yekalo Weldehiwet and Willis Small IV — have spoken out about their experiences. Alexander was shot in the back, Weldehiwet in the arm, and Small in the foot.

“I was shocked to hear it was a police officer” who had injured her, Alexander told Westword from the offices of Rathod Mohamedbhai LLC, the Denver law firm that represents the trio, in the days after the shooting. “I was pretty frustrated that I found out through the news that it was a police officer and nobody else.”

In the past, Weldehiwet had considered the downtown entertainment district “a safe place to go, because I hadn’t heard about any incidents,” he said during the same interview. “But after this, I don’t feel safe. I don’t even know if I feel safe being around the Denver Police Department, to be honest with you.” 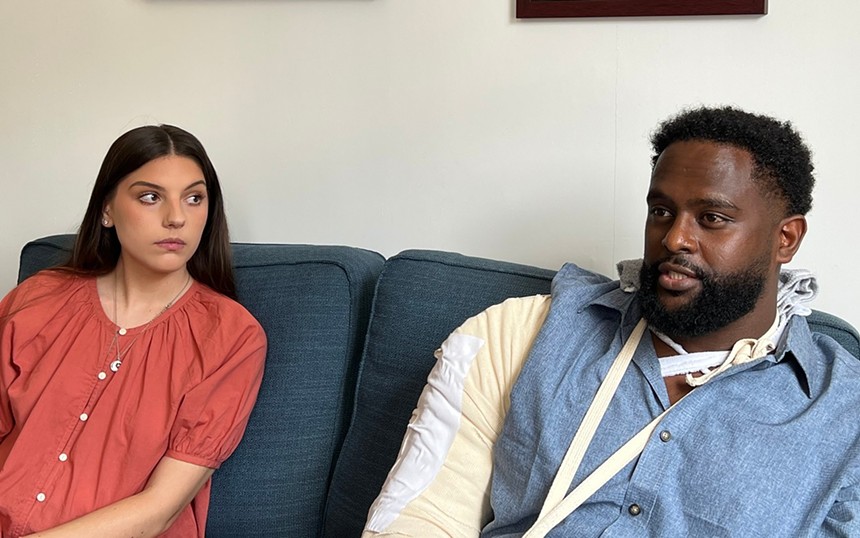 Bailey Alexander and Yekalo Weldehiwet spoke about the shooting on July 20. Courtesy of Rathod Mohamedbhai LLC.

Small echoed this sentiment, saying, “I am avoiding police even more than I have my whole life.”

Rathod Mohamedbhai attorney Siddhartha Rathod dubbed what happened a “mass shooting that occurred at the hands of the Denver Police Department.” In a subsequent interview, he added, “Six members of the community being shot or injured by police while simply trying to go home is not acceptable, and it’s not acceptable to look at the public as collateral damage.”

A statement about the indictment issued by Rathod Mohamedbhai reads: “Yekalo Weldewihet, Bailey Alexander, and Willis Small IV, three victims of the LoDo shooting, are relieved that a Grand Jury indicted Denver Police Department Officer Brandon Ramos for his reckless actions endangering not only our clients but the Denver community. Officer Ramos will be criminally charged, including with felonies, for the shooting of all three of our clients. Mr. Weldewihet, Ms. Alexander, and Mr. Small IV want to thank the members of the Grand Jury for their service and District Attorney Beth McCann for all her efforts in seeking justice for the victims of the LoDo shooting. This is just a small step toward the accountability our community deserves and expects from its law enforcement officers.”

Also weighing in was Denver Mayor Michael Hancock: “Police officers make split-second decisions under difficult circumstances on a daily basis, and those decisions are rooted in keeping people safe,” he stated. “While the situation remains an unfortunate one, and it’s regrettable that innocent bystanders were injured, I’m surprised to see that the grand jury found the officer’s actions involved criminal intent. As there is now a criminal court case regarding this incident, the city cannot provide additional comments until the case is concluded.”

In a note that rings with irony, the indictment points out that officers Ramos, Lieberson and Kenneth Rowland were at a parking lot on the corner of 20th Street and Larimer, adjacent to the Larimer Beer Hall, at 1:30 a.m. on July 17 “as part of the Denver Police Department’s LoDo Violence Mitigation Operation, an attempt to interrupt gun violence in the area on weekend nights. Officers have broken up fights and retrieved firearms in the past in the area. Larimer Street was closed to traffic for pedestrians’ safety.” 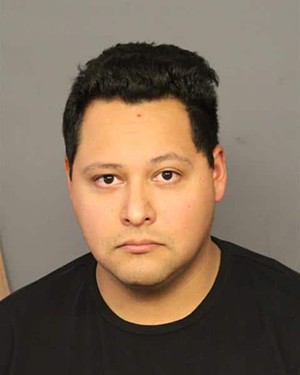 Around that time, the Larimer Beer Hall began to close, and exiting customers bunched up around the front of the bar and the parking lot. The six victims and “many other unknown persons” were among them — and so was Waddy, who “punched an unknown person who later left the area,” the indictment maintains. “During this assault, Waddy made a motion to indicate he may have a firearm on his person.”

A witness officer “observed both the assault and Waddy’s motion,” the narrative continues, and shortly thereafter, Rowland, Lieberson and Ramos “attempted to contact Waddy. Officers shined their flashlights on Waddy and requested that he speak with them. Instead, Waddy fled, walking quickly through the crowd on the sidewalk away from the officers.”

Rowland, Lieberson and Ramos strode parallel to Waddy on the street, then intercepted him as he passed between two cars and commanded him to “stop” and “show his hands,” the indictment says. In response, “Waddy briefly stopped and put his hands up, but then turned back between cars now with his left hand moving in front of his waistline area” and moved back toward the crowd, then “pulled a handgun from his hooded jacket’s front pocket with his left hand.”

Seconds later, Rowland fired his gun four times at Waddy, and Lieberson did so twice, striking Waddy multiple times. But from their viewpoint, “a brick wall and the front of the Larimer Beer Hall were behind Waddy and no persons were behind Waddy.” In contrast, the indictment points out that Ramos “did not have a clear back drop” when he fired two shots of his own, and “at no point did Waddy turn and face Officer Ramos with the firearm.” And according to the indictment, Ramos’s bullets were the ones that wound up causing the injuries to the six victims.

Not mentioned in the indictment is video evidence that Waddy had actually dropped his gun before he was hit, as seen in the image at the top of this post. The screen capture is from the following compilation of footage assembled by Tyrone Glover Law, which represents Waddy in the criminal case against him.

To view the article in it’s entirety, visit www.westword.com.