When they first took on Jamal Hunter’s case, Rathod Mohamedbhai’s attorneys knew what happened to him; they just didn’t know why. In discovering why, a single allegation of inmate abuse unfurled into a sweeping reform of discipline and accountability within the Denver Sheriffs Department.

Rathod Mohamedbhai is a finalist for the Colorado Trial Lawyers Association’s Case of the Year Award for the high-profile inmate abuse case that resulted in a $3.25 million settlement by the City of Denver last August.
At the time, it was the largest civil rights-related settlement the city ever approved. It would be surpassed four months later by the $6 million settlement in the death of Marvin Booker, another case dealing with excessive force in a Denver jail.
But the settlement’s influence went far beyond its payout. Denver agreed to a number of reforms in the settlement terms including an external review of the DSD regarding screening processes for hired deputies, discipline and internal affairs practices as well as an external review of the City Attorney’s Office and its discovery processes.

Click here to read this article in its entirety at www.lawweekonline.com/ 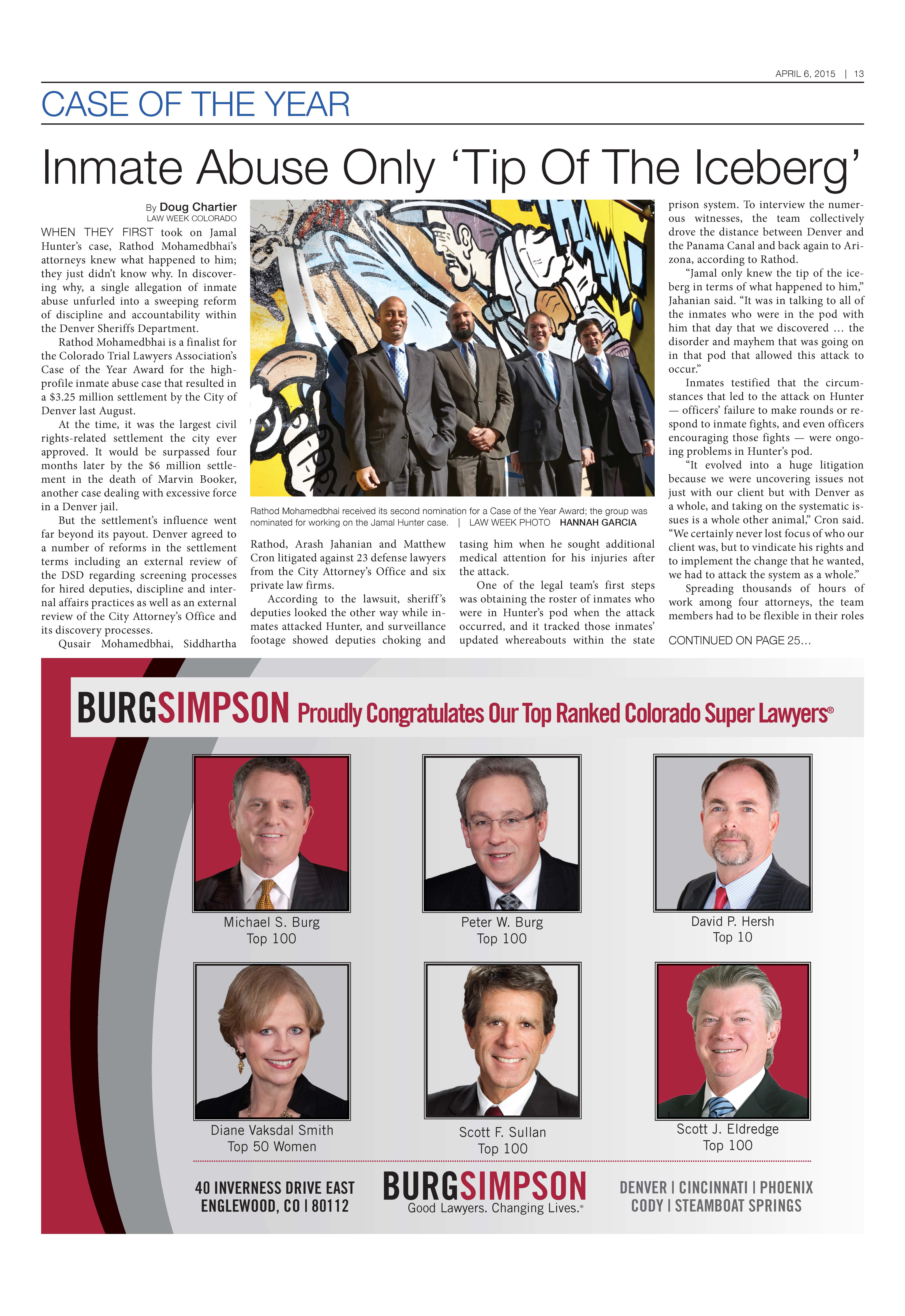