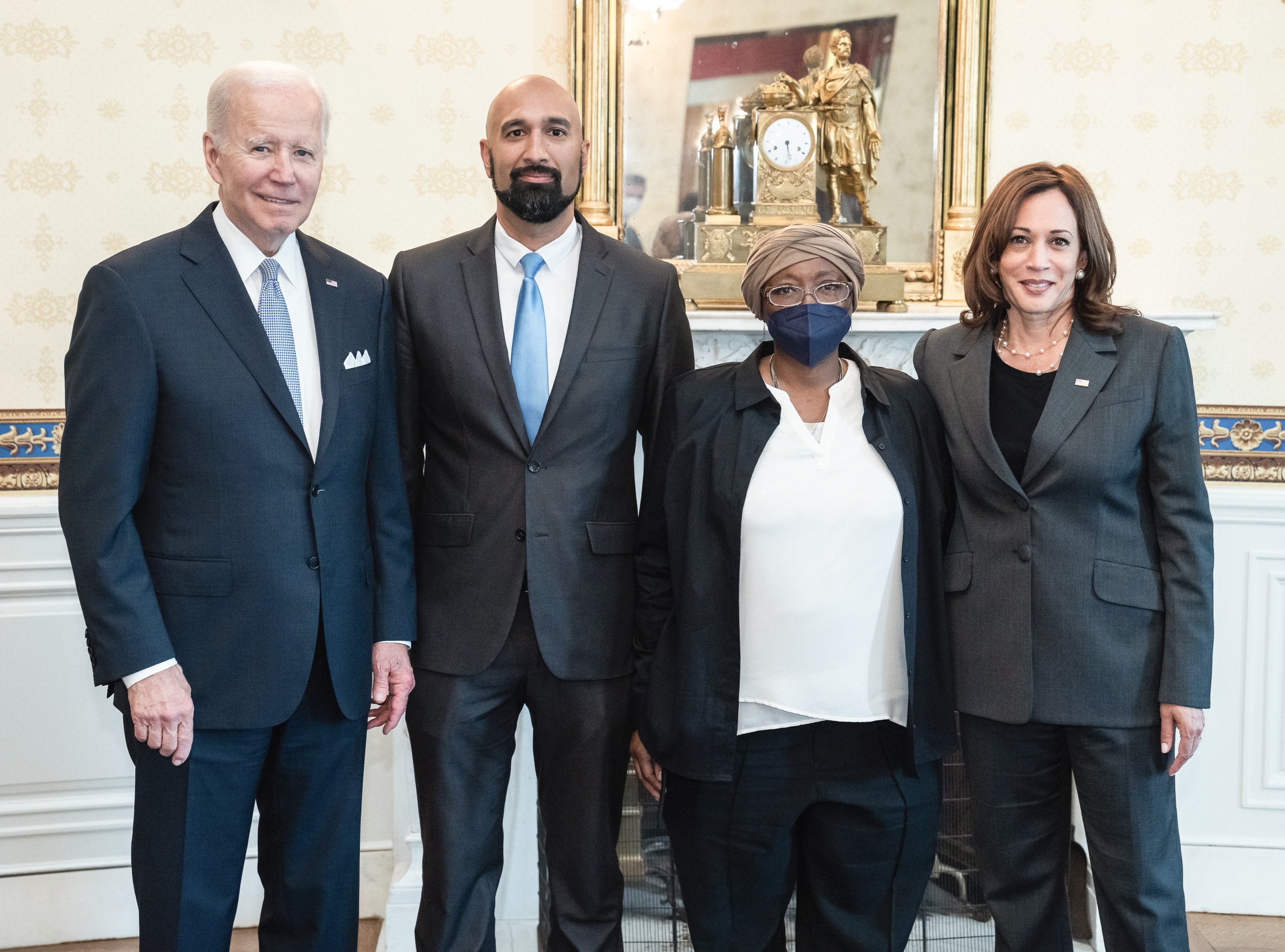 President Joe Biden and Vice President Kamala Harris participate in a photo line with families of victims killed or injured by police after an executive order event on federal policing reforms, Wednesday, May 25, 2022, in the Blue Room of the White House. (Official White House Photo by Adam Schultz)

Sheneen McClain, mother of Elijah McClain, is headed to Washington, D.C. to talk  about police reforms.

McClain will meet with President Joe Biden on Wednesday and will talk about executive actions Biden plans to take this week on federal police reforms surrounding the two-year anniversary of George Floyd’s death.

McClain has been an outspoken proponent for police reform in Colorado, urging the legislature in 2020 to pass Senate Bill 217, which changed some use of force rules, made it easier for civilians to sue police officers, banned chokeholds and required body cameras for officers across the state.

Her son, Elijah, was violently arrested by Aurora Police officers in August 2019. He was also administered ketamine by paramedics after which he lost consciousness and died a few days later. He was not suspected of any crime at the time. The officers involved in the arrest and the paramedics who administered the ketamine face felony manslaughter charges.

In the two years since his death, McClain has been a fierce, yet private, advocate for her son  — at times sparring with local police reform advocates. The invitation to the White House arrived this week, and she’ll be attending the meeting with her attorney, Qusair Mohamedbhai.

Biden’s executive order, according to the New York Times, sets new use-of-force language for federal officers. NBC News reported it also will create a national registry for police misconduct and encourage local agencies to ban no-knock warrants.  Biden will sign his order and host law enforcement officials and advocates at the White House on Wednesday, right when he lands from an Asian trip, the Times reported.

To view the article in its entirety, please visit cpr.org.